Greetings all! Look at me. Another post. In the same month!

I have been doing family history for a very long time. I started about 1986, two years after my grandfather passed away and I could no longer ask him questions. Before a visit to Calexico, California, to visit my aunt, we purchased a video recorder. She was going to go with us to visit Tia Cuca in Mexicali. The recorder would allow us to ask her questions and record them for posterity.

As many of you know, I cannot speak Spanish. It is a very painful truth, but there it is. My parents only spoke Spanish to each other when my birthday and Christmas were coming. I had anticipated that during this visit to Mexicali, my escorts might share some of Tia Cuca’s knowledge with me. We never did have a post-interview meeting on it. So, not knowing all of what she had to say was my fault.

Flash-forward to about 4 years ago. I found the video tape. Guess what? Tia Cuca shares quite a bit of the information with us that it took me 20 years to dig up. Sigh. What we did manage to do is capture a bit of her on video. You will see her kitchen. I learned to love mole there. This footage is very raw, even having the camera lie sideways on the table. There is nothing fancy to it. Even the questions are shoddy at best. I know what to ask now. But alas, that time has passed.

I realized many of you might want to see this.  The primary reason for this blog is to share all I find (or have) with you. Every day I slap my forehead thinking “They might want to know about this!” So here she is. We loved her kindness and hospitality. You love her for reasons of your own. Please enjoy.

Greetings! I have been working WAY too much recently. My computer has been acting weird too, so my ability to search for family has been disrupted. However, I found that a kind person shared my blog entry regarding the Palacios family on her Facebook page. Many have been visiting and I’m so glad! Connecting with family to share stories is the reason I do this.

As the Palacios’ are my traffic right now, I thought I might share some information with them that they may or may not know. I am surprised how many family circles are in the radius that is Calexico and Mexicali, but they DON’T know it. My mom’s first cousin was Dr. Leonardo Sepulveda, pediatrician. He worked in Mexicali. She never met him. ACK!

I am a notorious Facebook stalker. I see who knows who. Some may know this next batch of information, but many may not.

My connection to the Palacios family is two-fold. My Great-Uncle Ruben Escalante married Maria Del Refugio Palacios. Her sister married my Great-Great-uncle Jose Maria Valenzuela. I have often wondered how Jose Maria’s two sets of children viewed each other.

Jose Maria’s first wife was Maria Luisa Lopez. They had three children that I can find so far. I really love to draw charts. I’m sure one day I’ll get fancy and do it on the computer, but that is no fun for my brain.

Adela was important to Margarita Valenzuela (Gil Samaniego) because she was a 15 year-old who was at Margarita’s 2nd wedding as padrino. How cute she must have been at her aunt’s side. I could not find leads on the other children of this first marriage. 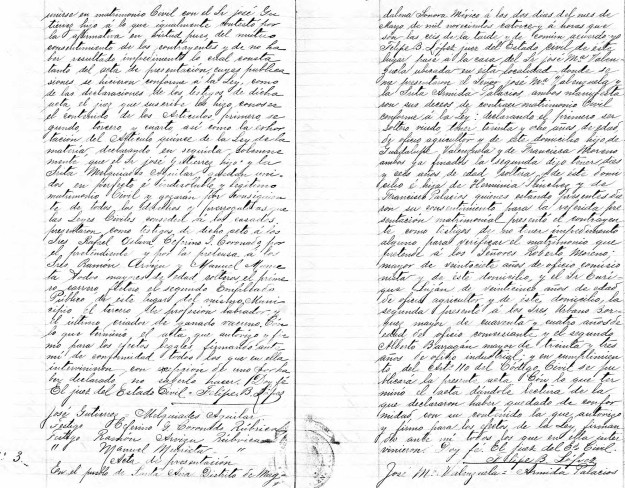 Now Armida is a married young woman with a few step-children, one her own age. She gets pregnant quite quickly. While they have a baby girl, Francisca, she only lives 5 months. 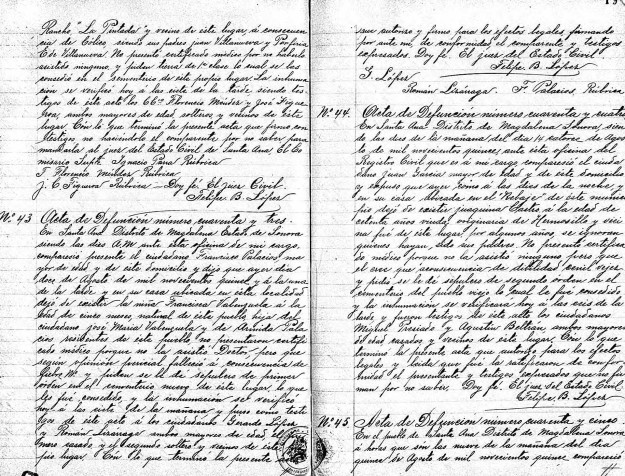 Grandfather Francisco Palacios was the one to report the death of the baby to the officials.

This must have been devastating to the new mother. She did move forward and proceeded to have 9 children. [If she had more, please let me know].

This wonderful picture shows Armida with her first three living children. The 10-year old, I can’t find on record.

This post has many images. I thought everyone would like to see photos from waaaay back in the day.

Many years of using his Travel Manifest. Oscar Valenzuela-Palacios.

Armida’s husband was Lauro Cota. He was a local singer in the Mexicali area. His Manifest says he “sings on the radio.” I found an article in this e-magazine. http://cesu.uabc.mx/images/cesu/magazine/pdf/9-el-rio-imprimible.pdf. Page 5 discusses Cota quickly, as well as another man who married into the Palacios clan, Armando Toledo. 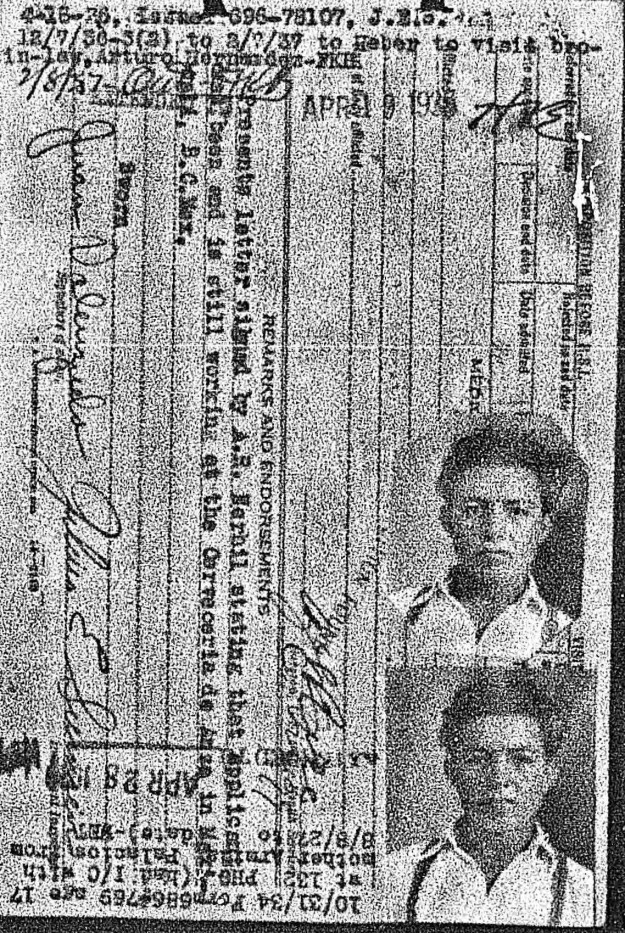 Juan’s manifest. Noting he was going to Heber to see his brother-in-law Arturo Hernandez.

Let’s see. What else. I found Maria Guadalupe Otilia Valenzuela Palacios too. She shortened it and went by Otilia. She was very pretty.

How does one take such a great picture? Honestly.

She married a Gilberto Castro Millan. A later manifest says she had two children; a boy named Fernando and a girl whose name I couldn’t find.

Mario. One of the last of the children. He looks like L. Escalante.

In my records I have a Cesar Valenzuela listed, but have no idea why. I could find nothing on him.

So there is what I could find on this family. All of these people are first cousins to my grandfather – Alberto “Tony” Escalante. Also to his brother Ruben. But because Ruben married Armida Palacios’ sister, they are also Rubens’ nieces and nephews. Excellent!!!

I hope that all of the siblings got along. From both marriages. I hope that they all had birthdays, baptisms and weddings together. The age difference might have been an issue. Some of my mom’s best memories were visiting with the Palacios family. She had no idea she was related to them. Twice.

If there is anyone out there who can supply me with corrections, additions, photos, please share whatever you can. I want to report as accurately as possible. Have a wonderful November!