There is difficulty in tracing the steps of family with such a huge span of time between the births of siblings. Jose was hard to find because he was already 19 when my grandfather was born. He was starting his own adult life when my grandfather was taking first steps. This kind of age range doesn’t always allow the younger childrens’ relatives to know them.

While Leonardo Jr. wasn’t known well because of his early death, Carlos was the uncle behind the scenes. Some called him Uncle Charlie, some called him Tio Carlos.

Carlos was born in June 1897. The US Census stated he was born in Mexico, but later documents say he and his sister, Maria, were born in El Paso, Texas. Like his other siblings, Carlos followed his family from Mexico to Ventura County, Orange County and finally, Imperial County. The picture below is the only one I have found of him.

He married Lupe Navarro. They had a son, Charley Ricardo Escalante. His family called the son Carlitos.

Charlie and Lupe had a second son. 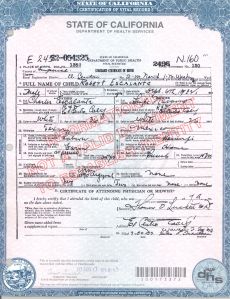 Escalante cousins who are alive do not remember Robert, so they aren’t really sure if I have the right family member. However, on Robert’s birth certificate it says he was the second child, the parents were the same, and they were still living in El Centro. My last hint is this: Two other Escalante cousins are named Robert, both born right around the same time, the early 1950’s. Escalante parents loved to name their children after family members that passed. After questioning some of the family, it is thought that there was a really handsome doctor in town named Robert. I have a hard time believing that Sara and Alica would name their kids Robert after the “hot doc” in town. My theory is that Robert passed away at some early time in his life.

Uncle Charlie lived with Tia Panchita. He lived in the back room of their home. This was remembered by several nieces who went to live with her for periods of time. He was quiet and elusive, very much in the background of the Escalante family. Then, Uncle Charlie disappears too. 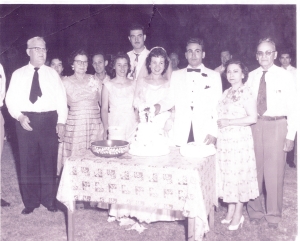 Uncle Charlie is rumored to have died in Mexicali, so I have been unable to find any definitive dates. He is supposedly buried there in “Cemetario Dos.”

Uncle Charlie’s legacy was his one surviving son. Carlitos married his sweetheart. He had a good life with his family in the Bay Area. He passed away in 1989. He is survived by his wife and daughter.